In college, Jeff became interested in cooking when he got a job as cutlery salesman. His boss encouraged him to go home and learn how to use his knives and cook. That was where his love for cooking began.

He started cooking by using others’ recipes and even experimenting with his own. This allowed him to pursue a passion of entertaining folks at his house with cookouts and dinners. This all led to the creation known as Pates Family Seasoning.

Jeff’s wife Abbye loved the things that he cooked and would always ask that he write down his recipes so he could create the same dish; however Jeff failed to do so. Then one Valentine’s Day dinner Jeff made a steak rub that he was sure to write down. Abbye liked it so much that she used it on scrambled eggs the following day, to follow by roasted potatoes; then veggies. And so it was born – Pates Family Seasoning.

It was soon after that Abbye encouraged Jeff to begin packaging and selling this amazing blend, which he does today.

To purchase your very own jar of Pates Family Seasoning, click here! 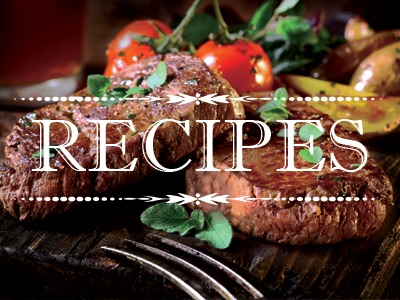 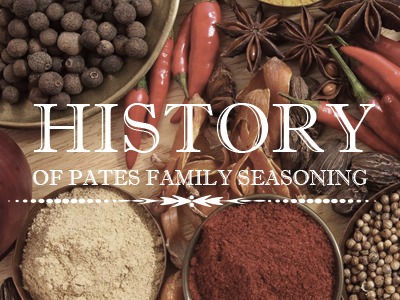 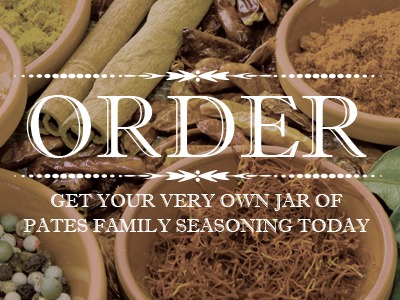